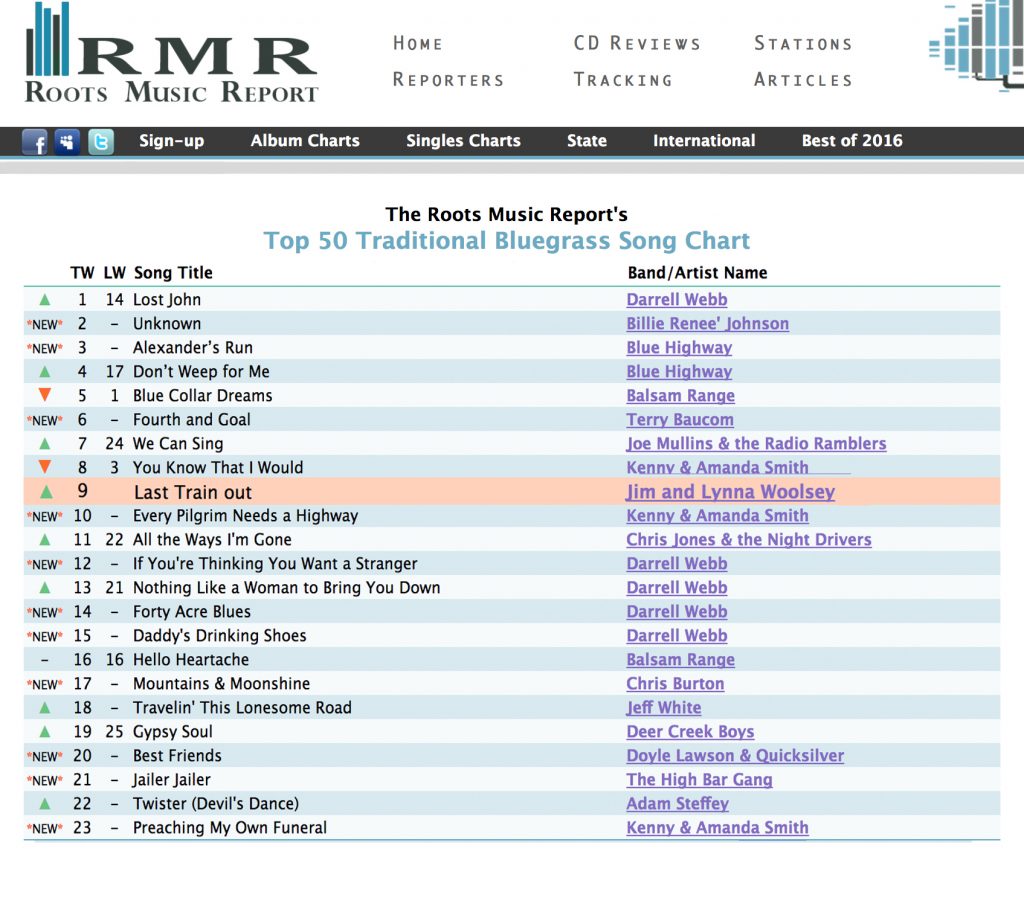 Moonlit Pond Records is so pleased to tell you “Last Train Out”, a song penned by Nancy Beaudette and Jim & Lynna Woosley, is officially a TOP TEN SONG on the February 2017 Roots Music Report!

Jim and Lynna’s 2016 release,“Heart and Soul, Blood and Bone”, has garnered top placement on bluegrass, americana and folk radio all across the US and Canada.