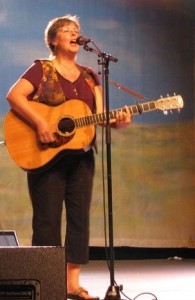 The National Women’s Music Festival is a four-day musical and cultural extravaganza that incorporates all facets of women’s lives. It’s a jam-packed long weekend where choices for things to do range from workshops, concerts, comedy, theatre presentations, a marketplace, newly released films and videos, a live auction, spirituality series, writer’s series and much, much more!

On July 1st, Nancy put on a stellar performance to a full house! As it was also Canada Day, tribute was payed to her home and native land, along with stories of her life in Eastern Ontario.

As an unexpected bonus, Festival Organizers asked Nancy to lead the Saturday evening “All Artist’s Jam Session”! The night was capped in a high energy, joyous atmosphere. Highlights included an invitation for the stage crew to step into the limelight and join in a rousing rendition of “These Boots are made for Walking”! 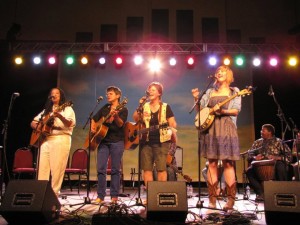