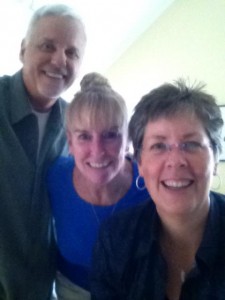 Nancy says, “It’s such an honour to work with these amazing writers, and they make me feel at home. That’s important when we’re trying to write personal songs”. After spending an afternoon in a co-writing session, “Ride On” was born, a song about a daughter’s relationship to her Father. It’s not the last time we’ll be hearing about these collaborators!